Why we love Hawaii’s people

Hawaii is unlike most other states in that you can’t refer to citizens of Hawaii as “Hawaiians.” It’s simply incorrect. For example, you could call an individual from Nevada a “Nevadan” and that would be correct. However, that’s because a “Nevadan” isn’t representative of an ethnicity. The term “Hawaiian” though refers to the indigenous group of native Hawaiians. So, those who have moved to Hawaii in recent decades that aren’t part of the indigenous group living there, couldn’t correctly refer to themselves as a “Hawaiian.” Do you see the difference? The term “Hawaiian” has recently become politically charged because of the new movement to re-establish ancient Hawaiian traditions and practices such as reviving the language.

Hawaii embraces racial integration throughout the islands. For example, you’ll notice that minorities aren’t minorities in Hawaii. They’re majorities. We have a huge population of Asian, Korean, Chinese, Japanese, Filipino, Pacific Islander, Samoan, and Hawaiian ethnicities throughout the state. In fact, caucasians are part of the minority group in Hawaii. You’ll also see racially integrated couples, with a beautiful mix of cultures and ethnicities in the process. A lot of people have named Hawaii to be a “melting pot” because of all the cultures we have floating throughout the islands. This integration has had an influence on the food, attitudes, practices and recreational lifestyle here. For example, we have a plethora of Asianic restaurants available. With this racial integration comes cultural diversity. Diversity welcomes language, foods, businesses, and practices. For example, many practice martial arts in the islands. That’s a practice from the Asian areas of the world. It’s not native to the islands. We also welcome several Japanese and Chinese foods such as gyoza and chicken katsu, which are pretty popular plates here. Several family-owned restaurants rooted in years of generations is one of the many examples of cultural diversity here. You’ll see the diversity at high school graduations, too. People shower the graduates with hundreds of leis – each one representing a different kind of culture that student experienced in their life. People make really intricate leis with money, candy, flowers, sometimes even macaroni! Leis can be representative of an ethnicity. You get a little bit of everything in Hawaii. Image Copyright CyberCom, Inc.

Hawaiian culture is beautifully practiced here in the islands. There’s Hawaiian culture in the food, hula, entertainment, language, street names, subdivisions and politics. Our state capitol building is built in the shape of a volcano! And our streets are all Hawaiian names! The Hawaiian culture is very obviously visible throughout the state. In fact, you’ll see the word “mahalo” on all our trash cans. The term means thank you, because thank you for throwing away your trash! Hula is a commonly practiced dance here. I did hula as a young girl. Hula can also be very competitive between dancing groups, or better known as halau. The Merrie Monarch Festival is an annual hula dancing competition that lasts for three days in which halaus compete for different categories. About 23 halau competed in the 2017 festival. Individuals can also enter for the title of “Miss Aloha Hula,” a prestigious title for those pursuing a career in hula dancing. People are tan, healthy and happy here in the islands. Everyone’s beautifully radiant because there’s so much humidity in the air here that it constantly moisturizes your hair and skin. The typical “bombshell blonde” isn’t the ideal beauty image here in the islands. Curves and long brown hair in petite styles are more popular here. People are always sun kissed and men wear board shorts on a daily basis. 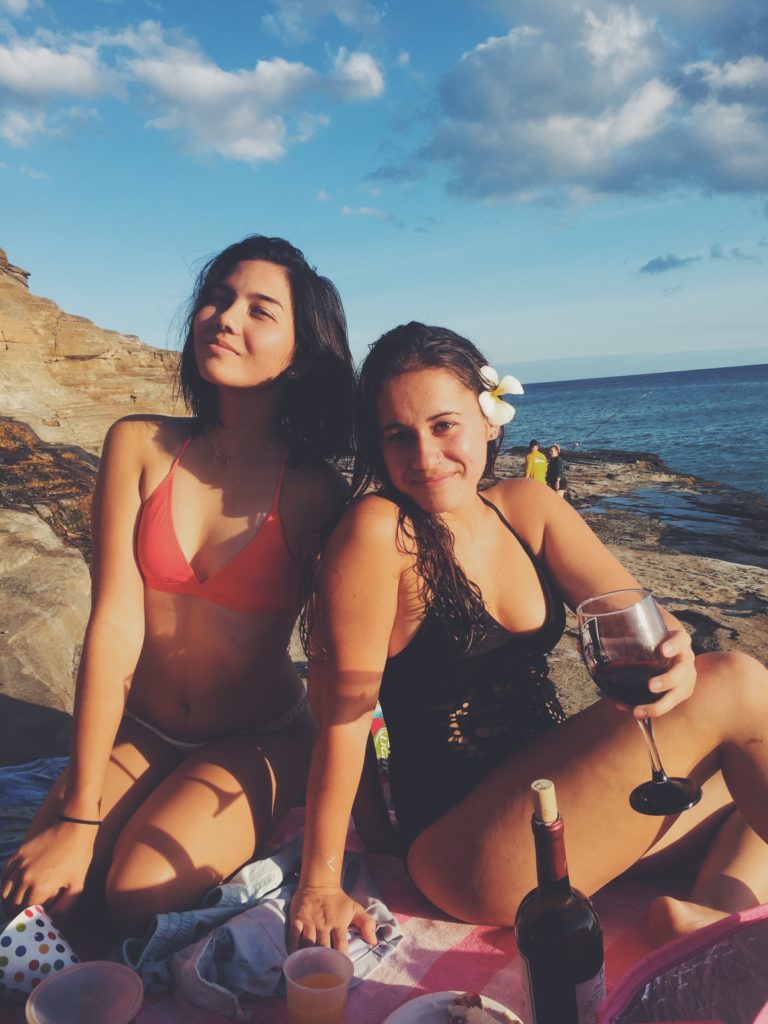