4 Ways Oceans are Different from Lakes

I have had several people ask me how oceans are different from lakes. After all, they are both a body of water, right? This is true, however there are some key differences between the two. There are different varieties of sea life and water sports, for example. There are also just simple differences like the varying salt contents in both and how this will change your overall experience!

Although both bodies of water do have an abundant fish species, oceans have sea creatures and living masses of coral. For example, you (hopefully) won’t find a shark in a lake, or living coral or an ecosystem of sea cucumbers and sea urchins. Personally, I think there’s a wider variety of sea life in oceans compared to lakes. Although lakes can offer great fishing opportunities for salmon and bass, you can find ahi and deep sea fish in an ocean. Not to mention, you can’t find sea turtles or dolphins in a lake! Although the difference in sea life may be appealing, also keep in mind that this can pose dangers as well, like shark attacks on the shores of Hawaii. Although they are few and far in between, they still happen. In summation, sea life makes oceans different from lakes. As we all know, Hawaii has some of the best surf spots in the world. The North Shore of O’ahu is like another world. Big surf competitions attract people from all over the globe. It’s a one of a kind experience. Although surfing is possible in a lake, I’ve heard that wake surfing is very different from surfing on a longboard. For example, wake surfing behind a boat is essentially riding an endless wave whereas surfing ocean waves is terminating because each wave is a finite ride. As a result, you get a really different experience. 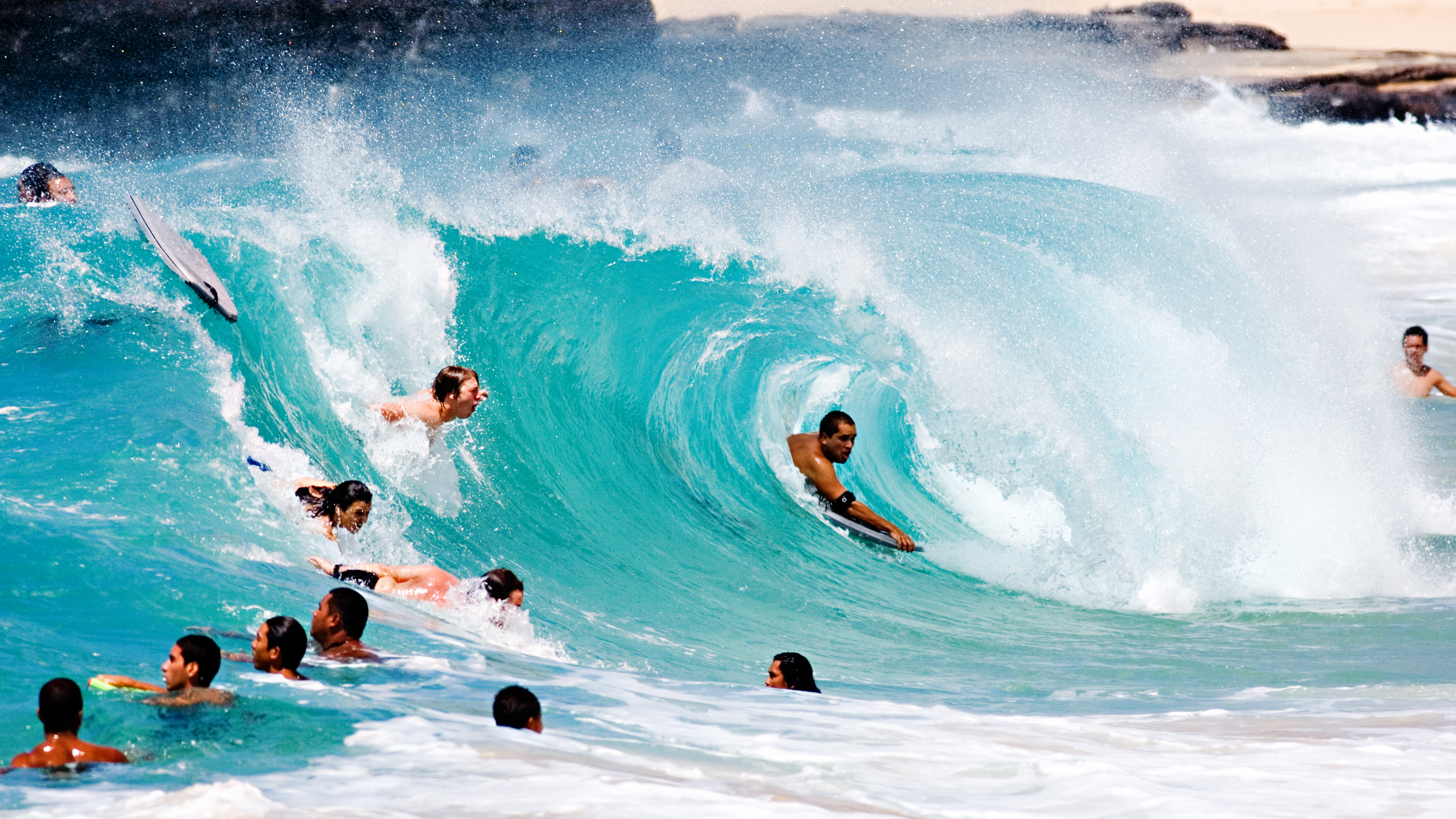 Oceans have much higher salt content levels compared to lakes. The only lakes I’ve been in are freshwater lakes and typically ice run-off from winter in the mountains. This makes for a very different experience because salt water typically dries out our skin and hair must faster than freshwater. Not to mention, salty water means a salty breeze on the beach. This is why they say, “salty hair don’t care!” There’s also a popular saying in the islands that “salt water heals,” which is true! The ocean has currents and underwater movements that can literally move you around while in the water. You may not notice it but a strong current can pick you up and carry you out in a matter of minutes – and this is how many tourists get hurt. Luckily, Hawaii has some of the best lifeguards, I think, in the world! They can recognize when currents are strong that day and will put out red flag signs warning people to be cautious. I don’t think lakes have these kinds of strong currents, from my understanding. They may have breezes that influence the top layer of water but not underwater workings.