Traditional Hawaiian food consists of dishes like kulolo (taro fudge,) haupia (coconut cream pudding,) laulau (pork wrapped in taro leaf,) and many others. I could go on forever listing the ‘ono(delicious) Hawaiian food that I was raised on, food that I have not found anywhere else. What I love about Hawai’i bakeries is that they have taken traditional Hawaiian ingredients and come up with new types of desserts that are just as good. For example, the taro plant can be pounded into poi(taro syrup) but it can also be transformed into many other forms. Bakeries like Kamehameha Bakery and Ted’s Bakery have created new menu items with these ingredients and they are to die for! Here are some of my favorites.

This is my favorite dessert of all time. It also takes number one on the list for my favorite modern Hawaiian food. Ted’s Bakery is well known throughout the island of O’ahu for their pies and desserts. They have other pies with local fruits such as guava and lilikoi. Their pies are the best. This chocolate haupia cream pie has everything it says in the name: chocolate, haupia and cream. It is absolutely the best! The white square in the top right corner of this plate is haupia. This is a classic example of a real Hawaiian plate lunch!
Wardsplatelunch by christian razukas is licensed under CC BY-SA 2.0. Image may have been resized or cropped from original.

These are some pretty amazing donuts. They use the traditional poi ingredient of ground up taro and turn it into a sweet donut, glazed over with sugar-y goodness. The donuts might rank high on the calorie chart but they are also ranked high on the ‘ono chart. Like I have said before, my sister and I fight over who gets the last poi donut when I go to Kamehameha Bakery. They are one of the best desserts on the island, I think. We would get them delivered to my high school on special days and events. The picture below is how taro leaves are grown in the kalo patch! Cinnamon’s is a local restaurant that has been around for as long as I can remember, located on the East side of O’ahu in Kailua. They are known for their brunch menu items and are always busy. I have never waited less than 30 minutes to get a table. I took my boyfriend there when we visited last Christmas and had to get my favorite guava pancakes. They are guava pancakes covered in a rich guava syrup. They are so ‘ono and my mouth is watering just thinking of them now! You can enjoy your Cinnamon Pancakes and then hop over to this nearby beach next! 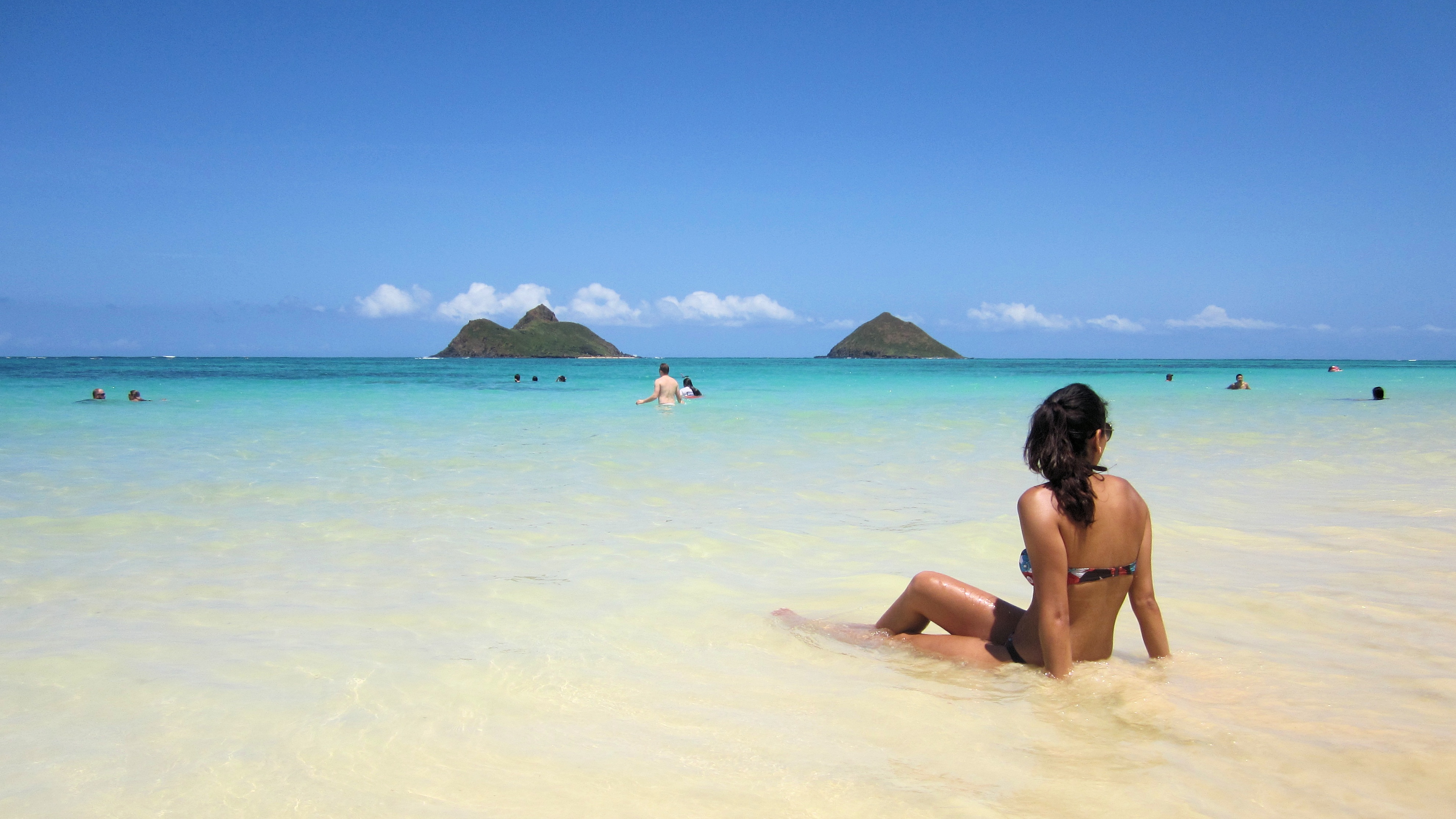 This is another favorite from Ted’s Bakery, guava cake. Along with all of their desserts, it tastes amazing. They have so many different fruit-oriented cakes like with lilikoi and pineapple but this one is my favorite of the fruit series. It’s a sweet pink color and tastes super ‘ono. Definitely a must try if you’re visiting the islands. You can get their desserts at Ted’s Bakery itself or at any Foodland location. Foodland always has their pies and cakes in stock. I always pick one up on the way home and then it’s gone by the next day! My favorite thing is to enjoy my guava cake while at the beach with friends. The aloha spirit is throughout the islands. Image Copyright CyberCom, Inc.