Top 3 Ways to be Respectful and Accepted by Native Hawaiians

The native Hawaiian community is an exclusive group of locals that are one to be respectful of. It’s important not to cross boundaries or risk discomfort and unpleasant interactions.

How to be accepted by native Hawaiians #1: clean up after yourself and have respect for the land

Respecting the land (Aina,) is a core part of Hawaiian culture.  If you have ever studied ancient Hawaiian culture (prior to the annexation,) denizens of the islands were particular in their lifestyles so to preserve their resources.  For example, fresh water (Wai) was cherished as it was scarce on an island in the pacific.  This same sentiment and respect carries over to modern Hawaii today. Locals are careful not to leave trash (Opala) at the beach and are respectful while enjoying the outdoors.  This doesn’t mean we’re all driving Priuses or Hybrids around here, but the respect for the land is more than a scientific practice of water conservation, it’s a sentiment that’s held by all locals. If anything, it’s really different from mainland methods of nature preservation like with global warming or water rights, but more of a spiritual take on nature preservation. Simple things like cleaning up after yourself are highly noticeable by those around you.
Hawaii Scenery by Michael Ocampo is licensed under CC BY 2.0. Image may have been resized or cropped from original

How to be accepted by native Hawaiians #2: don’t try too hard

Making an zealous effort to speak Hawaiian or being pretentious about local places and foods can be repulsive for islanders. There’s nothing worse than a “haole” assuming a position of authority with regards to local happenings. A humble attitude is integral to gaining acceptance in the Hawaiian community. The Hawaiian group is a group of soft-spoken, humble individuals. Hence, maintaining a relaxed and easy going personality is vital to being accepted by natives. Also, make sure to exude a genuine appreciation for services and towards locals. For example, always tip extra at restaurants and be excessively polite and easy going. Don’t try too hard.
Honolulu Festival Parade – Pikake Leilani Hula Halau by Daniel Ramirez is licensed under CC BY 2.0. Image may have been resized or cropped from original

How to be accepted by native Hawaiians #3: stay in the tourist area

There’s nothing worse than for locals areas, neighborhoods and beaches to be intruded upon by locals and foreigners. If there’s anything locals hate more, it’s this. It can be seen as an intrusion on local areas and also inconvenient if influxes of people prompt heavier traffic, less parking and limited access for locals that go to these areas on an everyday basis. The tourist areas are defined by the hotel-dominated Waikiki strip along Kalakaua Avenue. The multitude of hotels and financing that goes into that area is mind boggling. You won’t find a hotel for cheaper than $500/night in 2018. But that’s irrelevant. The point is to enjoy the small piece of Hawaii that you have access to without branching out into residential suburbs. A local tour guide can also take you on excursions to other tourist destinations on the island that would still keep you in the safe zone. There’s no implication that there are “unsafe” zones in Hawaii, because the state has low crime rates overall, but it is advised for tourists to stay out of these private areas for locals only. 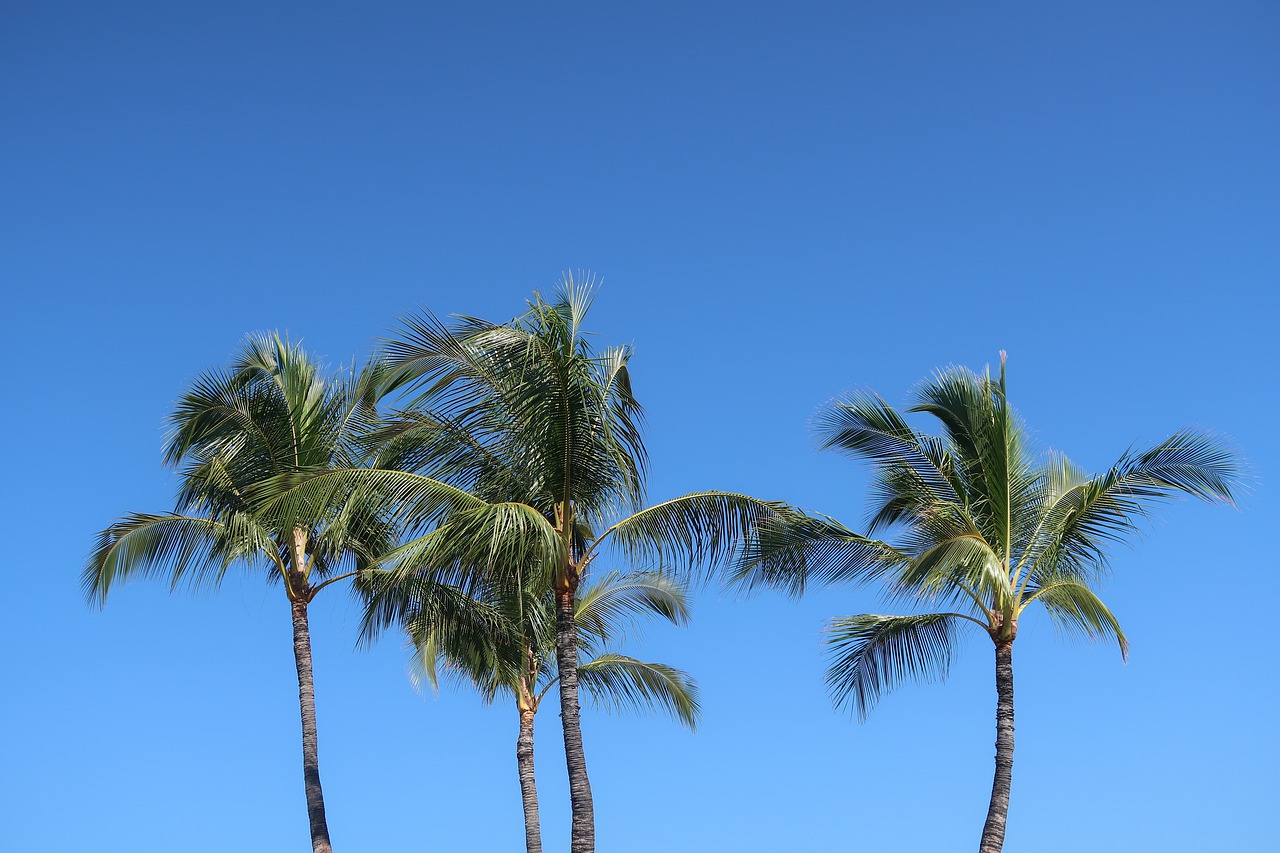 Waikiki is typically seen as the “tourist” area for O’ahu.
Palm trees by Orcrist is licensed under CC0 1.0. Image may have been resized or cropped from original.